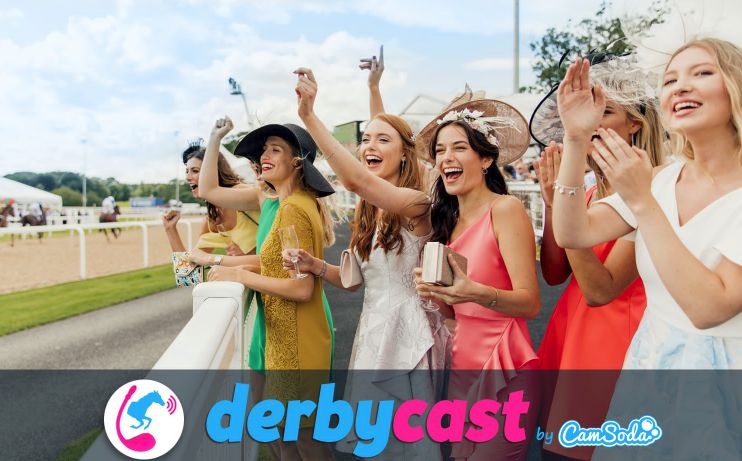 What is the most hilarious marketing gimmick you have seen so far this year? If you have been watching all the viral sex marketing headlines to come out of CamSoda labs you’d have to give them the nod. CamSoda labs are the marketing arm of sex cams site called cam soda.

The vivid parody new stories range from cam girls getting attacked by sharks, cam girl emoji’s, to super cast which purports to give webcam models the ability to sync their sex toys when their team scores during the Superbowl. There is even Halloween penis sleeve and now derby cast; it’s the stuff of marketing legend.

The absurdity of their headlines along with a healthy marketing budget has really propelled this adult webcams platform out of obscurity.

Here are just one of these super funny headline-making images we ran across story https://venturebeat.com/2019/01/31/camsodas-supercast-mixes-the-super-bowl-with-sex-toys/

There has also been a bunch of coverage from CNET and Techcrunch over the past 24 months.

Maybe the funniest of all though was the Jerkshirt…

They have done a marvelous job monetizing or rather offering cam girls the ability to make more money with their content. They’ve understood well that cam girls can’t always be online at all times and so they’ve given them the ability to sell their clips, sell access to their Snapchat, and so much more. Ok, who are we kidding Camsoda fucking sucks next to chaturbate (review at that link) but we love their sense of humor even if their cam site can’t measure up to the top free cam sites.

Something that is still true today. Camsoda is more like a miniature version chaturbate.com. Again Camsoda is not even on the same level or in the same league of quality as Chaturbate is though.

Of course, they don’t have the depths of the functionality of that cam site either, but they are making inroads depending on who you ask. I have seen a dip in interest though over the past year to be perfectly honest. our point is they sure are clever fuckers over there at Camsoda labs.

CamSoda is on a Winning Streak

Nevertheless, the real story here is they used some brilliant clickbait concepts along with strategic paid marketing placement articles to push themselves in the same trajectory as the big boys; in other words the world’s largest sex webcam sites like LiveJasmin.

At the end of the day though this webcam site has a long way to go before it can be considered one of the best adult webcam sites. What they offer though is a fresh and fun new cam sex site. Even down to the bubbles in their trademark logo, CamSoda seems like a brand that really has an exciting future.

Those are broad categories though so let's break it down even further as far as how we can save you time and help you have better adult video chat experiences.

At A.W.R. we share not just top adult cams but all the best video chat sites across the web. When you want to learn about free stranger chat websites or voyeur cams, this is a place to go and read about it. From mobile adult chat to camsex sites and streaming chat, it's all here.

Be it real life cams experiences or raw live sex cams we can tell you which site is legit and which ones are not. So before you risk your personal security to get some cheap or free adult chat thrills on a scary random cams site, first take some time and read Lance's experiences.

Lastly, remember that sex cams are really the places designed for true nude chat. So if it's the best webcam sites you are after we compared the values and selections of each. We even put a whopper of an adult webcams list together featuring the cheapest sex cams. Heck, a few of those even offer totally free sex cams! So have at it...

Lance shares his own real experiences using all the most popular adult chat and webcam sex sites.

Unlike many cam site reviews websites, we are in fact REAL, regular users of adult webcams sites.

This is where to find the LiveJasmin discount offers.